Vote No at ABF Contract Bulletin

ABF Teamsters are distributing a new Vote No at ABF Contract Bulletin at contract meetings and in break rooms and parking lots. Road drivers are making copies to distribute at other terminals.

The proposed deal may not be as concessionary as the last contract. But it’s much worse than what can be won at the bargaining table.

ABF Teamsters gave up millions in givebacks. But we're getting back loose change under Hoffa's proposed new deal, including wage increases that don't keep up with inflation, no catch-up raises and new concessions on pension and health and welfare.

The new concessions are worth millions to ABF. No wonder Wall Street analysts are reporting that ABF got the best of Teamster negotiators.

The membership still has time to change that and win a fair contract. But first, we have to Vote No and send the negotiators back to the table. Will you help make it happen?

Pass Out the Vote No at ABF Contract Bulletin

Share the bulletin. Talk with your fellow Teamsters. Vote No and send the negotiators back to the table to win a better contract.

Click here to let us know you want to help win a better ABF Contract. 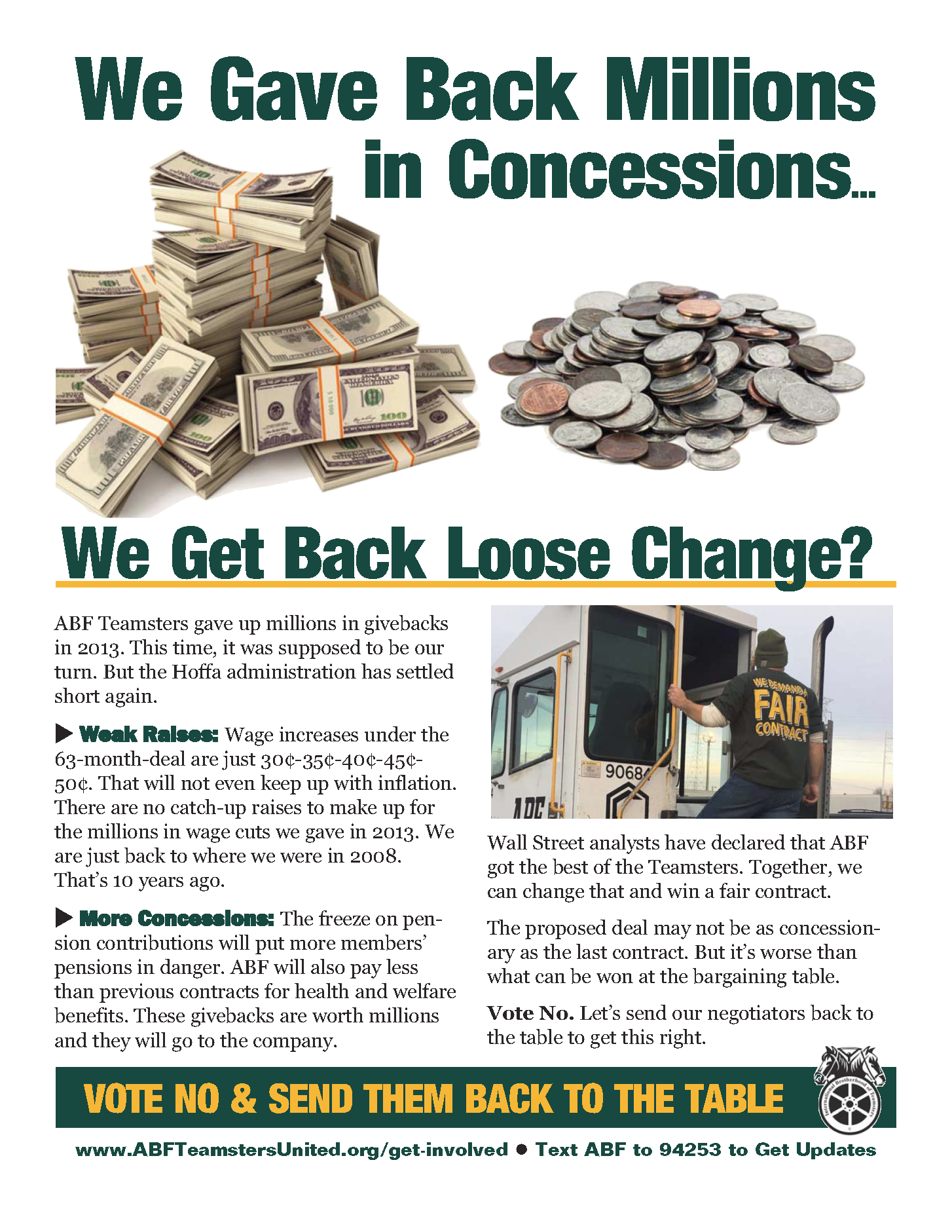