Teamsters at several locals voted by 98% over the past two weeks to authorize a strike. The vote sent a strong message to the company that its propaganda won’t stop members from uniting for a strong contract. 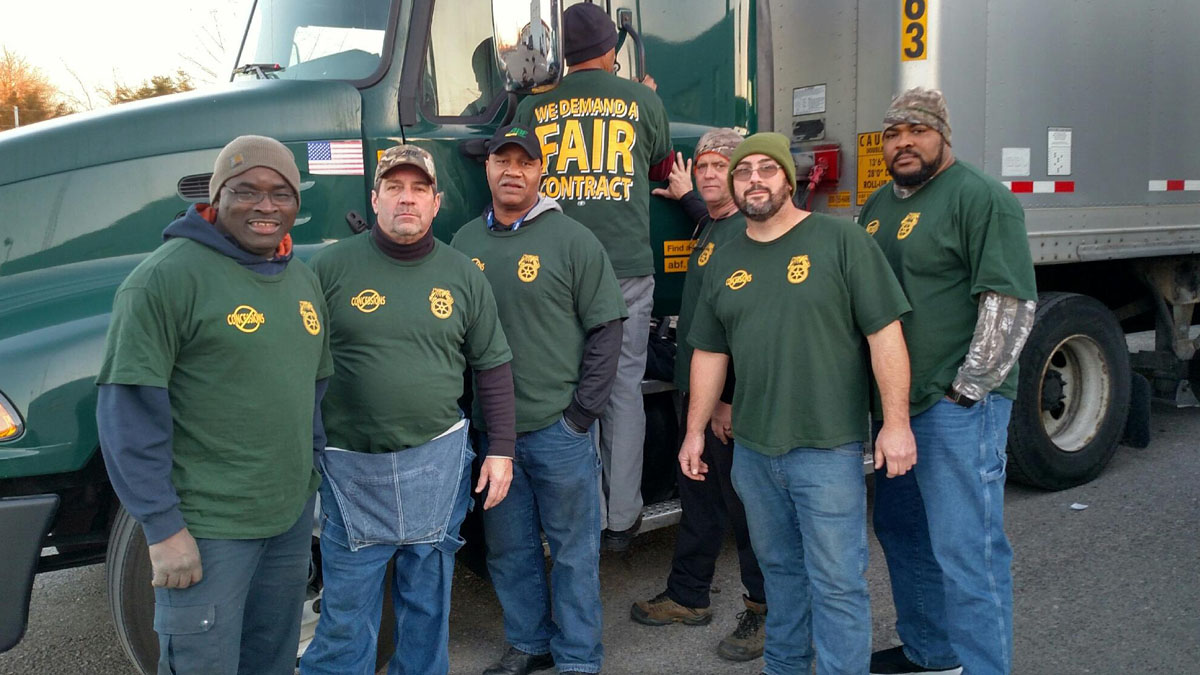 The strike vote, held at some of the largest ABF terminals, does not mean a strike is coming. The contract doesn't expire until March 31 and before any work stoppage would take place a system wide strike vote would need to be held.

Votes were taken in Chicago Local 710, Dayton Local 957, Kansas City Local 41 and Harrisburg Local 776, along with a number of other locals. Columbus Local 413, among others, voted unanimously.

ABF Teamsters want to reverse concessions on wages and vacation and are fighting for job protection to prevent subcontracting of Teamster work. The strike vote shows we are united against givebacks.

Join ABF Teamsters United to fight for the contract we deserve.